Some beautiful imagery and inspiration from blogger Terry Marotta….

The view from my study window

Right now the air is so damp and sodden!

I feel like I need gills instead of lungs to keep on living.

And the vegetation outside is just drenched with chlorophyll..

Even the inchworms are green, to say nothing of the mold growing on that one clementine that got stuck at the bottom of the fruit bowl.

It looks like a fuzzy green bowling ball for Dopey and Sneezy and pals now.

Can this really BE the same block?

Nay, the same hemisphere, that used to look likeTHIS? 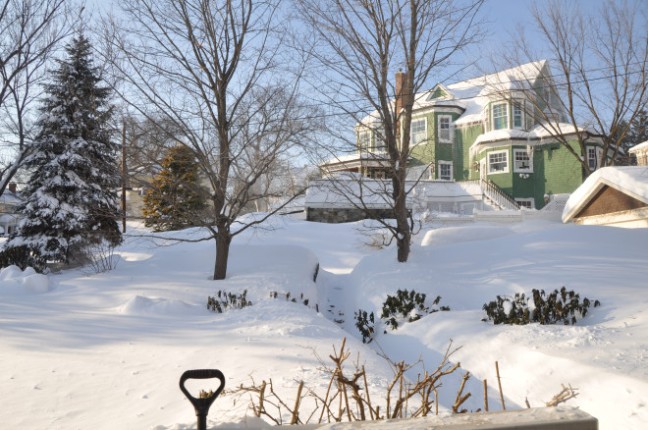 Can this be the same hemisphere where, when  the sun began to set and the icicle below halted whatever dripping it had been doing OUTSIDE the house and instead got busy dripping secretly INSIDE, painting so many of our walls and windows a rich caramel brown?

Forty Something Life As We Know It

Life is a journey

Things I love.. Fashion, Photography.. And some randomness

The Official Blog of Bistro Kids and the Farm 2 School Lunch Program!

If you love boots, shoes and fashion, come on in..

Snarky in the Suburbs

Middle aged, Uncool and Not Bringing Sexy Back

Journalism about foundations, nonprofits and their impact

Every tree has a story

Buddhist Meditation for Everyone

A Boomers Guide of Helpful Hints and Random Rants

Your Needs. Your Network. Together We Can!