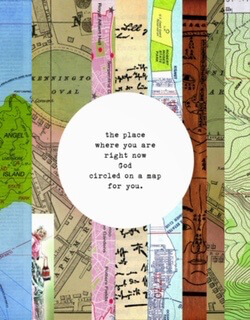 I used to believe that trusting the Universe was foolish,  After all, what’s a good mind worth if you’re just going to throw logic away and believe everything will work out okay?  It’s taken 52 years and a heap of effort to discover that happy people are trusting people – doesn’t make them stupid or less worthy of a good life – it is simply a fact.  Marshall Crenshaw has a song, “Cynical Girl,” about a girl who “harbors no illusions and she’s worldly-wise.”  I pretended I was that girl for a very long time.  It was boring and I missed out on so many adventures – including failures – because I chose the safety of a cynical attitude.

When I chose sobriety in 2015 I had no idea I was responding to an invitation from the Universe to trust and live.  Everything that happened in my life before I chose sobriety felt like either a punishment or reward instead of simply life.  Giving up a chemical dependence meant surrendering to the illusion that I had any power whatsoever over what happened to me and those I loved.  That’s frightening!  But I also discovered that my husband and I had been risk-takers all along.  We were living and thriving in spite of minor scrapes and bruises along the way.  It’s weird when you stop numbing yourself from pain because it’s almost like you start expecting painful experiences without fear or dread.  Once you accept what is, the energy that went into numbing and denial and supporting beliefs that no longer serve you is free and available to use.  And life gets fun again, even the messy parts.

So, here is a short list of 6 messy risks I have taken (all of them affecting my family, so I give them lots of credit) that have been worth the short-term pain:

Cleo Wade is a newly discovered (by me, anyway), poet and Millenial Muse.  I love reading her work, just as I love interacting with and learning from today’s young people. They aren’t blindly pursuing the things my generation valued without first examining the true costs to their mental health, the community and environment.  I find them all very refreshing and look forward to learning more from this younger generation.  They give me hope for a kinder world committed to social and economic justice.  Turning the world over to the next generation is just a natural next step in my list of “risks worth taking.”  How grateful I am to have had the luxury of choosing each risk. Every single one.